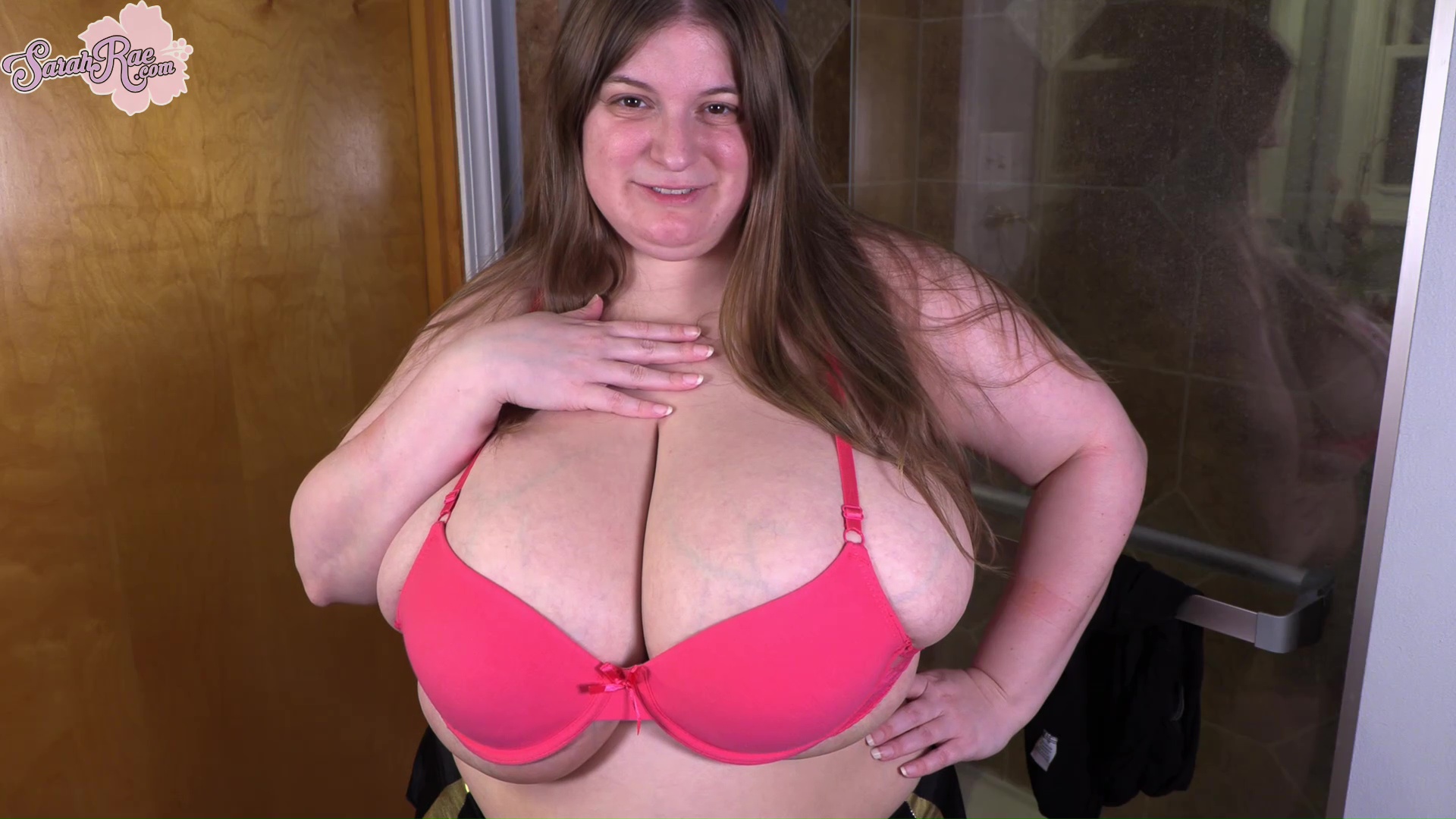 Sarah has always wanted to be a cheerleader and decides to try out for the squad. She does a few cheers and her boobs accidentally bounce out of her top but the coach sees potential in her and decides to give her a spot on the squad for the next big game and she leaves tryouts saying she will try to find a better bra that fits her.

Cut to the game, Sarah couldn’t find a bra that fits and is bra-less and on the sidelines in her tight top watching the game. It looks like her team is getting crushed out there and she needs to think up something really quick to help them win the big game. She starts flashing both teams from the sidelines, distracting the opposing team from the game with her huge tits and yelling at them that none of their girlfriends have tits like hers, yelling out that if her team wins then they will get to have some fun with her as a reward.

The game ends and Sarah’s team wins! She is so happy, she cheers and bounces in excitement! Cut to the women’s locker room after the game. Sarah is drying off her tits and reflecting on what an amazing game they just had. The coach made her cheer captain because of what a great job she did leading the team to victory! She is having such a great night when all of a sudden the old cheer captain, Amy, approaches Sarah in the locker room and starts insulting her, calling her a “big udder bitch”. Sarah isn’t going to stand for this. The team won because of HER and she’s not going to let this jealous flat-chested loser spoil her night.

Sarah tells her like it is, that she got promoted to cheer captain because she was doing a way better job than her at motivating the team. That the football players don’t care about Amy’s pathetic mosquito bites, they’d rather see a bigger girl with huge tits jumping and cheering in their corner any day, encouraging them to win the game. Sarah points out that Amy’s boyfriend, the quarterback, couldn’t keep his eyes off of her and her massive tits the entire game. She lets Amy know that Sarah was the only girl on the squad that got invited to the player’s only after-party and fills her in on some of things she’ll be doing with her boyfriend, the quarterback, while she’s not around. Then she notices something, Amy is hanging out in the locker room in just her bra and it is VERY tiny.

She pulls Amy’s bra off of her and starts making fun of her tiny tits, humiliating her in front of all her friends. She tries on Amy’s bra and it barely cover’s Sarah’s nipples. Its basically like a training bra compared to Sarah’s gigantic tits. Sarah laughs at the tiny bra, insults Amy’s pathetic tits some more and throws the bra in her face before she walks out to go party with the winning team and show the quarterback what its like to play with a REAL pair of tits. 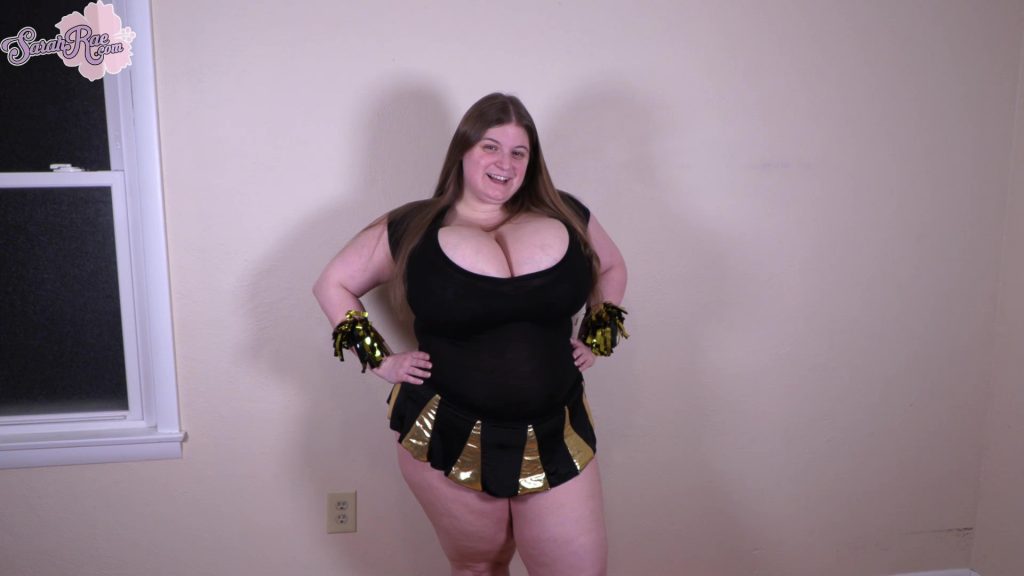 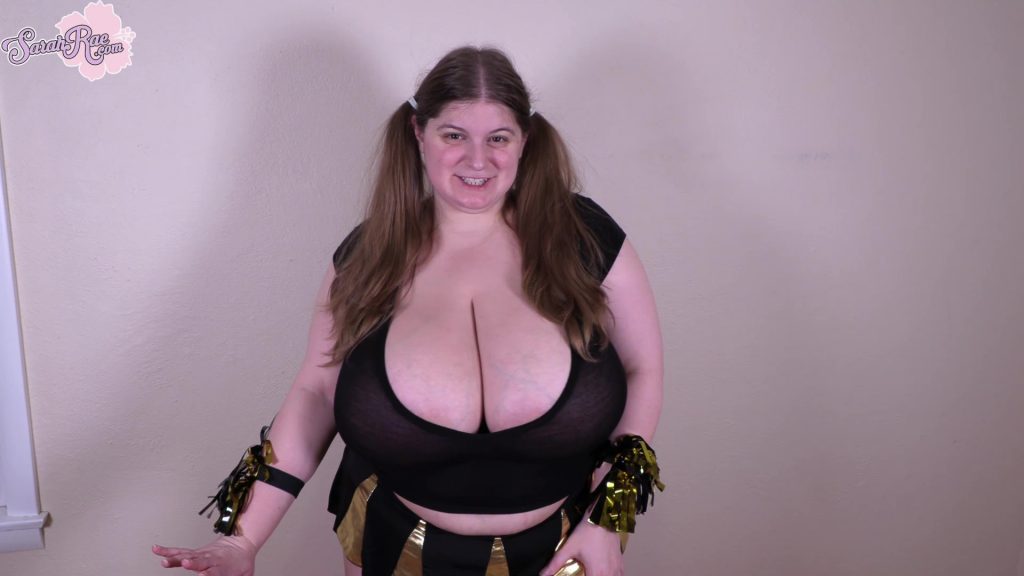 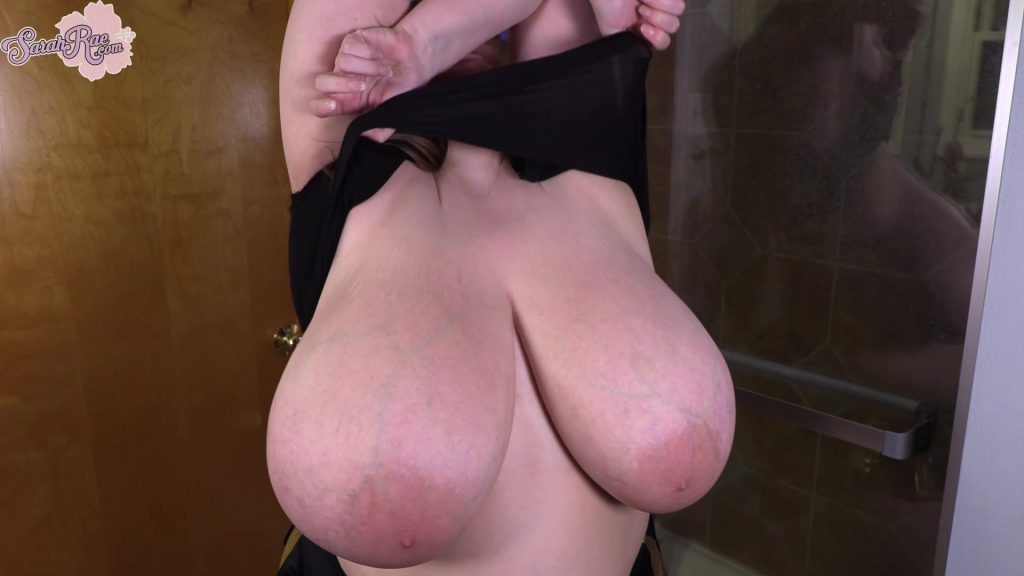 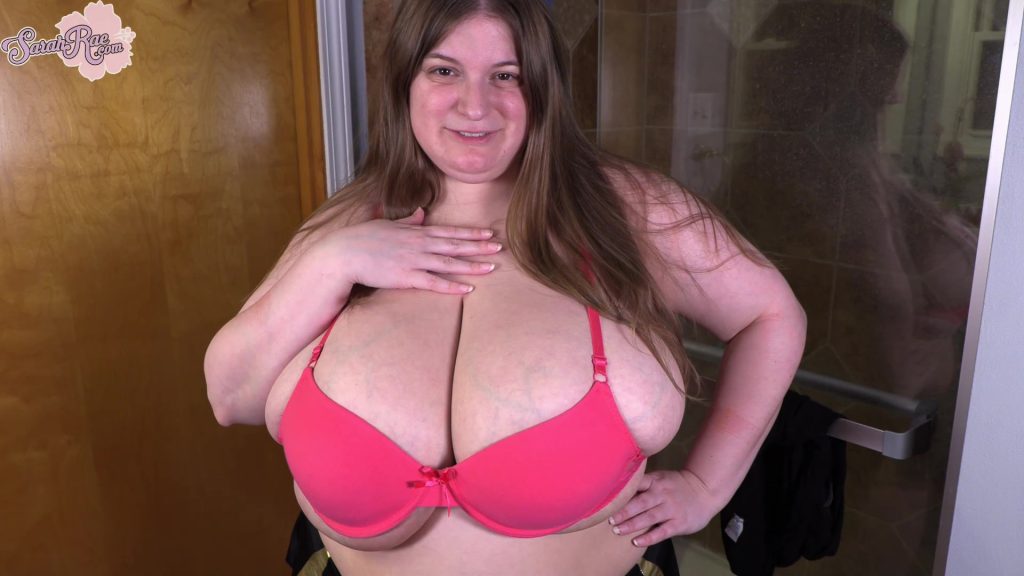 Buy this video now on Manyvids  or JOIN SarahRae.com to see it!